The Gayatri Mantra – An Ancient Mantra

The Gayatri Mantra is one of the most ancient and revered mantras in existence.

I lead a weekly Kirtan practice at Pilgrimage of the Heart yoga studio in San Diego. We’ve been practicing as a community for over five years and the Gayatri Mantra has become one of our staple chants.

As a Kirtan leader I enjoy exploring the deep meanings of the chants, which allows me to enter more deeply into the spirit and intent behind these beautiful utterances. The Gayatri Mantra first appeared in the Rig Veda, which was written in Sanskrit about 2500 to 3500 years ago. It is said that the sage Vishwamitra was given the Gayatri Mantra by the Supreme Being for his many years of reverence and meditation, to be shared with all humanity, so there is considered no earthly author.

It has also been said that Siddhartha Gautama, the Buddha himself recited this mantra. (See The Light of Asia – Arnold, Book the First, page 7, Routledge) 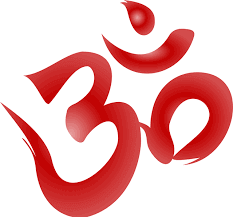 Chanted through the Ages…

The Gayatri Mantra has been chanted by trillions of people over the course of eons. Quite literally it is likely sung by a billion people every day, even today.

There is a wealth of commentary and opinion as to good translations of the chant. Googling Gayatri Mantra will generate numerous interpretations. The basic gist follows:

The word Gayatri refers to the meter of the verse. The mantra consists of three lines of eight syllables each. But wait. There are four lines! That’s because the first line isn’t actually a part of the mantra itself. Its a prefix.

The first line is a mantra unto itself and is known as, “The Great (spiritual) Utterance” (mahāvyāhṛti).

It precedes many other mantras, is used universally or can be recited by itself. It is a great aligning and centering phrase and can be interpreted as aligning oneself to the earth, heavens and what lies beyond… Or, aligning with the material world, the world of mind and with the supreme spirit… The important idea is the alignment of one’s Self with the purest Unity.

The mantra itself begins with the word, ‘Tat’ which means ‘That’ and refers to the Supreme that defies any earthly description…

Savitur means Sun, but not the physical sun. More like the divine light of knowledge and discernment, the animating impetus for everything.

As a leader of a kirtan practice, I found the original meter (three lines of eight syllables) to be somewhat cumbersome to arrange musically/lyrically for western interpretation. So, I broke from the original meter and formed lines as follows:

This arrangement allows for a chant that musically simple and beautiful, and easy to play and sing.

Here’s our version and a link to another version with the classic meter:

Our arrangement: Pilgrimage of the Heart Kirtan band

Classic arrangement: This is a beautiful version by Deva Premal.

It actually maintains the classic meter while running each ‘measure’

What is important is that the mantra be chanted with the utmost of pure intentions and an appreciation for the profound implications of the scope of this chant. It is an outpouring of one’s heart to the Supreme and a recognition of the Divine Grace bestowed upon all creation and beyond.

If you have a chanting practice, The Gayatri Mantra is a ‘must have’ in your repertories.