A Breakdown of the Teachings of Ramana Maharshi.

Pilgrimage of the Heart Yoga > Meditation & Mindfulness > A Breakdown of the Teachings of Ramana Maharshi.

Ramana Maharshi taught the technique of self-inquiry as a method to reach liberation. His teachings are rooted in an ancient Indian philosophy called Advaita Vedanta. Ramana Maharshi synthesized these voluminous, obscure and often inaccessible teachings into a simple, profound and accessible technique centered on the “I AM” experience.

Ramana, who passed away in 1950 at the age of 71, advised seekers to observe the flow of thoughts cascading endlessly through the mind and to pose to oneself the simple question: “To whom are these thought occurring?” The answer is obviously: To me. The next question the seeker ask is: “Who am I?” This is the essence of how to practice self inquiry.

An Introduction to Ramana’s Teachings 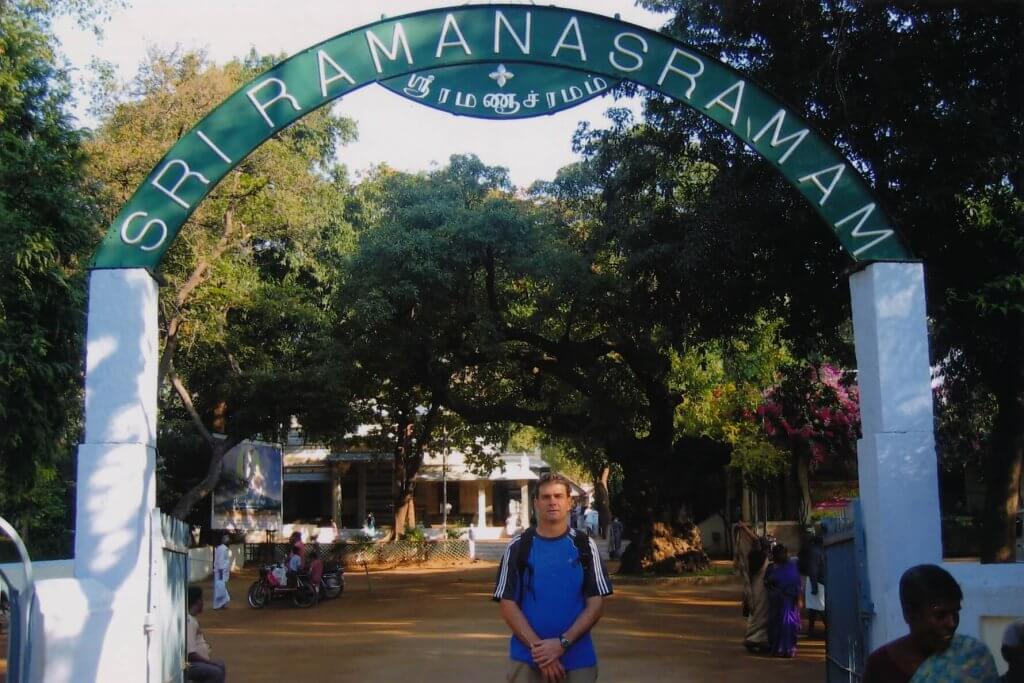 I first encountered the teachings of Ramana Maharshi in 1980, at age 18, while attending the University of California at San Diego. I had been practicing various types of mediation for about two years. His writings inspired me and gave me clarity in my spiritual search, yet I found the technique rather difficult. It was not till 30 years later that I would uncover within his teachings a few keys that have made the practice very accessible.

Ramana is, in my estimation, the fountainhead of the teachings of self-inquiry that have become quite prevalent today. His basic teaching is interpreted and used by many teachers in our time. Not all do the same justice to his teachings and some have created questionable hybrids. Best to drink from the source if you want the purest water.

When exploring his teachings it is it is important to remember that his original words and writings were not in English. Others later translated them into English. English does not have a sufficient lexicon of spiritual vocabulary to translate word for word from Sanskrit or other Indian languages. Understanding the intricacies of a practice such as self-inquiry requires an exact understanding of the teachings.

To remedy this I suggest either studying Sanskrit or Tamil or reading at least 4 of Ramana’s books in English (different translators worked on his books) to great the feel for the spirit of his teachings.

Coming back to my college attempts at self-inquiry. After having read just a few passages from Ramana I tried the technique of observing my thoughts, then asking, “To whom have these thoughts arisen?” I would then have the thought, “They have arisen to me.” I would then ask: “Who am I.” The problem was–I felt like I was in a hall of mirrors. Whatever thought or idea would arise in response to “Who am I?” would just lead me to ask again “Who am I?” and I just kept going around and around in the carousel of my mind. It became frustrating and seemed senseless.

As “fate” would have it—I can explore Ramana’s philosophy on free will and destiny at another time!—I moved onto other meditation techniques, disheartened by the hall of mirrors effect.

Many years later I returned to the writings of Ramana in more depth, read 5 different books by Ramana, each translated by a different translator—hence my above suggestion to you—and discovered the solution to my challenge. 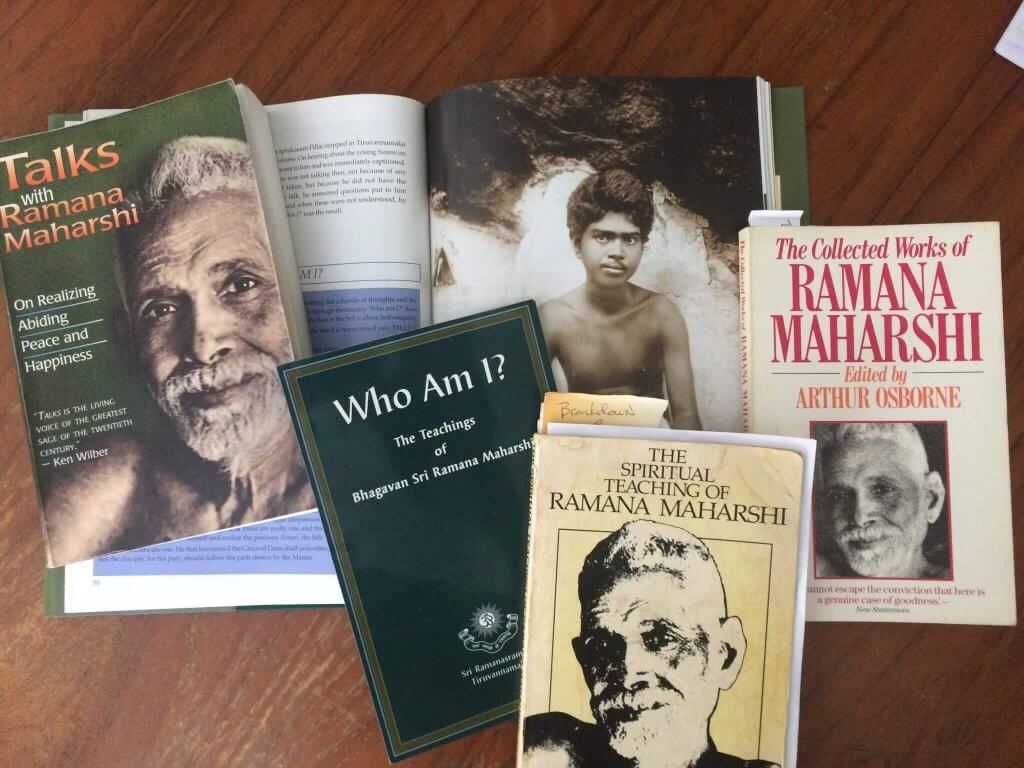 Talks with Ramana Maharshi is the book that unraveled my confusion. The book is a translation of talks that Ramana had with visitors to his ashram and covers a period of four years, 1935-1939. All were recorded and translated by Sri Munagala S. Venkataramiah who spoke both Tamil and English fluently.

In a discussion the visitor says that in the process of enquiry thoughts suddenly cease and then the deeper sense of I—to whom all these thoughts occur—arises as a FEELING! They ask if it is this feeling they are to focus on.

On page 17 of the book Ramana says, “It is certainly right. Thoughts must cease and reason disappear for the “I-I” to rise up and be FELT. FEELING is the prime factor and not reason.” (Emphasis is mine.)

What had happened to me in college was that in the process of asking the question “Who am I?” I was expecting or awaiting an answer in the form of a certain thought. I was posing the question through thought and sought a thought in return. But what becomes clear from the above passage is that although the question is asked with thought, what one is seeking in answer is a feeling. A feeling of Self.

Once I began to FEEL my sense of “I,” of individuality, I knew, both intuitively, and through the writings of Ramana that I was now following the thread of awareness in the direction his teaching were pointing: toward liberation. 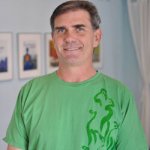