How Does Oil Pulling Work? A Dentist’s Perspective.

Pilgrimage of the Heart Yoga > Health & Beauty > How Does Oil Pulling Work? A Dentist’s Perspective.

Have you ever wondered if oil pulling works?

If so, you are not alone.

In fact, I get this question quite often from my dental patients in San Diego, and this question seems to be on the rise. To say the least, there are over 54,000 searches regarding the word “oil pulling” on a monthly basis:

So if you are wondering if oil pulling will help your dental hygiene, let’s find out!

An Introduction to Oil Pulling

To learn more about the efficacy of oil pulling, you need to review how the process emerged. This ancient Ayurvedic process recently has received testimonials in the press. Both celebrities and social media users have proclaimed the practice, and stories abound that oil pulling or “toxin” pulling cures bad breath, whitens and cleans the teeth, and reduces the inflammation that leads to gum disease.

In fact, in Charaka Samhita, an ancient Ayurvedic text on Indian medicine references oil pulling and it benefits by stating –

“It is beneficial for the strength of jaws, depth of voice, flabbiness of face, improving gustatory sensation and good taste for food. One used to this practice never gets dryness of throat, nor do his lips ever get cracked; his teeth will never be carious and will be deep-rooted; he will not have any toothache nor will his teeth set on edge by sour intake; his teeth can chew even the hardest eatables.”

This supposed miracle cure-all involves swishing an organic oil, such as sunflower oil, coconut oil, or sesame oil, in the mouth for around 20 minutes. However, just like most natural remedies, these claims and the practice, itself, does not enjoy the support of the scientific community.

But, as an open-minded dentist, I wanted to know if this was a good or bad thing for my patients.

Does Oil Pulling Get Rid of Plaque?

Proponents of oil pulling state that swishing the oil around in the mouth gets rid of plaque. However, dentists, as well as most dental patients, know that plaque can also be eliminated by –

All of the above options work to increase the saliva and keep plaque from sticking to the teeth. Dental patients often find it easier to rinse with an alcohol-free mouthwash—one prescribed by the American Dental Association (ADA)—that is available in various flavors or strengths.

While Ayurvedic oil pulling may get rid of some stubborn plaque, you still need pressure from a dental tool or aid, such as floss or a toothbrush. You might say that chewing on a twig can do the same thing too. This technique is yet another ancient way to remove plaque from the teeth. In fact, chewing on a twig is even more ancient than using oil for dental health.

Twigs as a toothbrush? Don’t believe me? (see a 3,000-year-old toothbrush)

According to the ADA (American Dental Association)

If you want to know the exact stand the ADA takes on oil pulling, you can reference the following quote, summarized as follows:

“Currently, . . . no reliable [evidence suggests] that oil pulling reduces cavities, whitens teeth, or improves oral health. . . . Based on the lack of scientific evidence, the [ADA] does not [prescribe] oil pulling as a . . . practice. The ADA [recommends] . . . [brushing] twice a day . . . with a fluoride toothpaste and [flossing] between the teeth [daily]. . . .” The ADA also advises that patients do not use tobacco. . . .”

Nevertheless, studies  (Pubmed returns 54 research papers) are still being conducted about the efficacy of oil pulling. Some researchers admit that oil pulling may have beneficial effects. Therefore, some of the scientists are not completely ruling out this hygiene practice, or believe that the public has succumbed to some type of oil pulling hoax.

Comparing Oil Pulling with the Use of a Chlorhexidine Mouthwash

The comparison of using this short-term rinse and oil pulling following:

While oil pulling is not contraindicated for use in other diseases or by pregnant women, a chlorhexidine mouthwash should not be used when a person is sick with another disease or during pregnancy. Experts recommend that children, 5 years or under, should not oil pull.

How to Do Oil Pulling Correctly?

Because regular oil pulling also combines the practice with routine flossing and brushing, scientists suggest that oil pulling can be used as an adjunct to dental health. One study that appeared in the International Journal of Health Sciences supports this conclusion.

According to researchers, a number of studies have been performed that support the use of oil pulling. This published study supports the use of oil pulling in developing countries or in remote locations, where toothpaste, toothbrushes, or mouthwashes are limited. In these instances, scientists suggest that oil pulling can provide a cost-effective option for supporting dental health.

Given that oil pulling for teeth receives the support of some dental patients and is questioned by others, scientists still need to review all aspects of the practice. As noted, usually three types of organic oils are typically used for oil pulling teeth whitening or oil pulling for cavities ( sunflower oil, sesame seed oil, or coconut oil). Many people like to use sesame oil or prefer to find the best coconut oil for oil pulling purposes.

While you can receive the same bacteria-fighting advantages with organic oils, such as sunflower oil or sesame oil, you have an added benefit when oil pulling with coconut oil. That is because coconut oil contains lauric acid – a substance well-known among doctors for its anti-microbial properties.

By using coconut oil, you may even prevent tooth decay. While it may not reverse a cavity that has formed, the oil will reduce the strep mutans bacteria that are found in saliva and plaque. These bacteria may  lead to the development of cavities.

You may ask, “Does oil pulling work for growing back receding gums? Or, do receding gums grow back from oil pulling? While you may not see the re-emergence of gum tissue, you can tighten and condition the gums. As noted, this adjunct form of treatment is not the cure-all for tooth and gum health. However, it does support regular flossing and brushing – at least that is what the current research supports.

Oil Pulling – How Often Should It Be Done

When you first practice oil pulling, or if you decide to take up the routine, you may wonder how you should begin. After all, swishing oil in your mouth for 20 minutes can become quite time-consuming, if not tiresome.

To acclimate yourself to the process, start the activity by spending five minutes a day swishing the oil. You will remove a good deal of bacteria after just five minutes. Also, if your jaw begins to ache, you need to slow your pace. You do not have to use a lot of force. Gently swish, suck, and push the oil through the teeth for the best effect.

Because you should never swallow the oil, spit out the oil if you find you have too much in your mouth. Again, you only need to use about a tablespoon. Remember, “less is more,” when it comes to swishing. Also, never spit out the oil down the sink, lest you be plagued with a clogged drain. Simply spit out the oil in a trash can after you are done.

The before and after benefits of oil pulling seems to be encouraging for some people, but, there isn’t enough scientific research to back up these claims. As long as dental patients follow the practice by also brushing and flossing teeth regularly, oil pulling may benefit some people who decide to try this practice.

Any dentist will tell you that you should never replace oil pulling with brushing and flossing and routine dental visits. Once more, this alternative approach to tooth and gum care supplements the benefits you receive from brushing, flossing, and using a  mouthwash each day.

My sincere hope is that this helped clear up some confusion regarding “oil pulling” and oral hygiene. If you have any questions I practice dental care  in Carmel Mountain at Smiles By Design San Diego with Over 400 Five Star happy patient reviews. 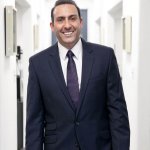 ABOUT THE AUTHOR: Dr. Javaheri has participated in extensive research and has been published by the National Institute of Health (NIH) and the UC Davis Medical Center. He is a graduate of the prestigious NYU college of dentistry and helps patients with their cosmetic dentistry needs in San Diego, CA.