Pilgrimage of the Heart Yoga > Yoga > Is Yoga Broken?

There has been a great deal of talk and discussion about the current state and direction yoga is headed. The question asked: Is Yoga Broken?

Alanna Kaivalia, who we interviewed about a year ago for pyo.yoga and two other teachers, Tara Stiles and Anna Conversano chime in: (an interview by Jennifer Gerson Uffalussy.)

Leslie Kamanoff, in another interview with Pilgrimage Yoga online also weighs in on the future of yoga. Yoga is a business. Whether you are an independent teacher, an employee or a studio owner, a non-profit or a for-profit, and ashram or a retail operation, it’s a business. There has to be a positive cash flow. The operation has to support itself; it has to have legs. And as we know, business practices can sometimes (or frequently) overlook, side step, disregard what might be deemed ethical, moral, virtuous standards. Yoga is no different.

The moral, ethical bar is set very high in the yoga world. The ideals and principles are clear-cut. The yamas and niyamas are solid and incorruptible. Derivation from these principles doesn’t corrupt them. It does, however, impact the overall impressions of the industry by the public. And it does impact the viability of the yoga business, in the long term.

In the west, sadly, the capitalistic approach of business is predominately, ‘profit before honor,’ whereas, it is implied by its foundational principles that yoga should be based on, ‘honor before profit.’ This idea should be the foundation of all businesses. Sadly, it is not. We see plainly in our economy how profit is king, to the detriment of our people, the environment, the larger world, our vision of life… and the yoga industry is no different.

The yoga world has seen some big pundits go down in flames. In every case, the most fundamental tenants of yoga have been abandoned, violated. In every case, profit has been elevated above honor. 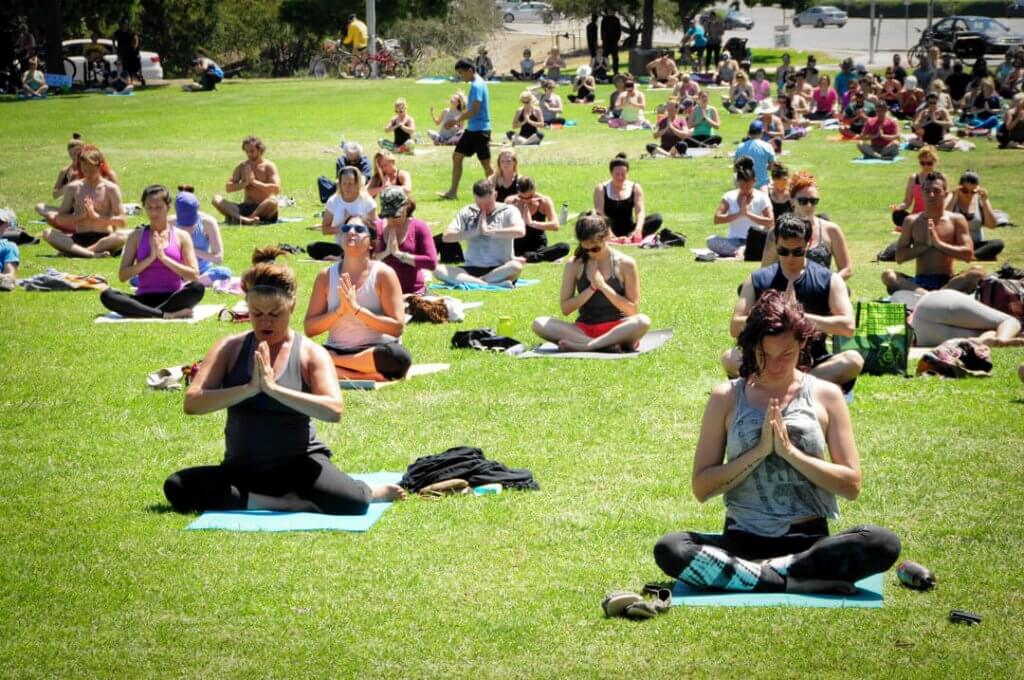 I recall reading an interesting article a few years ago on the marketing of yoga. The idea was that business marketing centers around the premise of getting people to buy impulsively; to buy what you don’t need, to buy things that are bad for you, to buy junk, to buy and then buy again… and the author suggested quite implicitly that “Yoga doesn’t have that problem.” I couldn’t disagree more! Just look at the yoga fashion industry. Look at the yoga merchandise industry. Look at the yoga brands. Even when a yoga ‘superstar’ goes down in scandal and disgrace, he simply re-brands himself and seeks to profit. And we throw ourselves and our resources at these personalities and products even when it is obvious there is something wrong. Make no mistake. Yoga and capitalism are like oil and water. They don’t mix very well, most especially in the absence of honor.

So what do we do?

Despite what we are led to believe, the consumer has the power. If we mindlessly buy crap we will only have crap in our lives. If we research about what we are buying we will become a more discerning consumer. And that’s what is needed, in yoga and in general. We need to be more mindful. We need to stop buying crap. When we do, the crap will disappear. A business can only survive if it has customers.

One of the biggest participants in the yoga fashion industry started in a garage. Now, most, if not all, of their product is made in china. We still pay the same high retail price while they exploit cheap labor explicitly for increased profit. They make lofty claims about, ‘giving back’ and ‘improving working conditions,’ but this pretty package of goodwill is generated by virtue of the exploitation of the foreign worker, the lack of opportunity for the domestic worker, AND the exploitation of the end consumer, you and me. And we tolerate it. The cost of producing a yoga pant in China is about 30 cents in labor. The retail price for the same pant is $70-80.00.

Yoga’s highest purpose is to build discernment in the practitioner. Yoga is so much more than just a workout. When we discern that we are being manipulated and exploited we should put ourselves in check. We should make a conscious choice ‘not to be deceived.’ We must make conscious choices of what to buy and who to follow. Yoga’s purity breaks down through the apathy of unconscious consumers.

Support the mom and pops. Steer away from the institutions. Don’t be swayed by deceptive marketing. Be a discerning consumer. Research your leaders. Choose wisely. Yoga isn’t broken. We are.