Every week, Pilgrimage of the Heart yoga studio hosts a musical meditation practice called Kirtan, which is one of the many branches of yoga.

If you’ve never been to kirtan before, there’s a few things you should know. Unlike many other musical events, the audience becomes a very real part of the overall experience by singing with the accompanying band in a call and response format. The band will sing through the chant and then the audience responds by singing the chant in response—back and forth, over and over again.

By repeating lyrics (which are often times in the traditional language of yoga—Sanskrit), the repetition becomes a mental focal point, and this helps to reduce everyday mind clutter. This often leaves participants feeling peaceful, clear and open-minded—which are all traits of a great meditation experience.

Generally, each chant is centered on some divine aspect, like a traditional god or goddess from the Hindu faith, or a story-line from Hindu mythology. At our San Diego kirtan events, it’s important to us that all participants feel included, regardless of religious or spiritual background. We emphasize that there is no right or wrong meaning to the songs, and that the main goal of the practice is to benefit from singing out loud.

As westerners, we might have perhaps lost sight of the importance of singing, but in India, singing is considered a very primal spiritual experience, centered around vibrations. When we sing, we create vibrations within our physical body which move outward into the Universal whole. And when you think about it, singing—vibrating—feels good. Our bodies have this natural, musical engine within us; despite our inhibitions, we are built for singing. 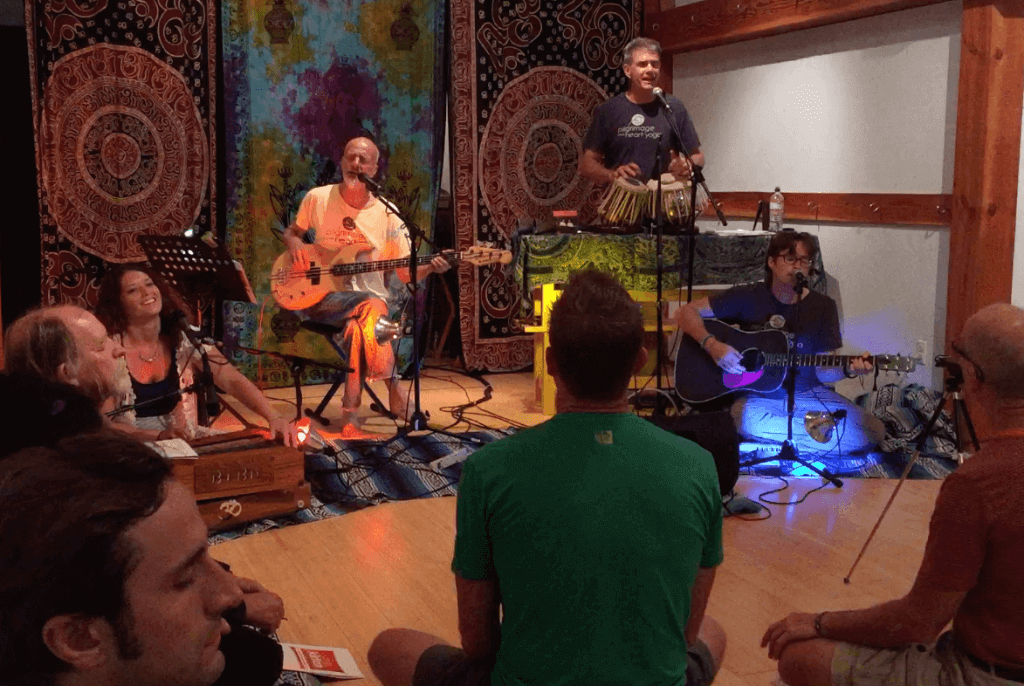 Join us every Thursday night at Pilgrimage of the Heart Yoga in Normal Heights for San Diego’s only weekly kirtan event.

What is so very special about Kirtan is that everyone in attendance is invited to sing! The audience becomes a communal chorus and very quickly each individual begins to recognize that it’s OK to sing. This can only happen when individuals feel safe from criticism and judgment, and we always do our best to support each participants’ expression of kirtan.

Many of us were raised to believe that the only people who should sing are those with special qualities, and that those who aren’t musically talented should refrain from singing for fear of scorn and ridicule. In a way, our western culture discourages singing.

However, numerous studies point out that choral singing is good for our overall physical, psychological and emotional health.

Being able to sing in public is a rare opportunity. Unlike signing up for a singing group (like a choir or a class), all you have to do with kirtan is show up. After playing weekly kirtans for over 8 years, I’ve had some wonderful experiences with newcomers who tell me that their first experience was so profound, that they love to sing but there’s no place to do so, that they will be back. I’ve watched our regulars participate almost every week for the eight years we have offered the event. It’s very easy to quickly become drawn to the practice. You recognize that your voice is a gift and has meaning.

Question: Is kirtan part of a religion?

Answer: Kirtan originates from the Hindu faith system (and other eastern traditions; Jain, Sikh, Islam, Buddhism…). Hinduism ascribes God and Goddess status to almost everything, but this shouldn’t deter you from practicing! God and Goddess status simply indicates a respect for different aspects of creation, and doesn’t represent or conflict with how God is conceived of in Western traditions. Kirtan is spiritual for spiritual people, religious for religious people, and non-denominational for those who aren’t inclined.

Question: What are your songs based on?

Answer: We have chants in our practice that originate from all five major faith systems (Hindu, Hebrew, Buddhist, Islam and Christianity) and also spiritual songs that mesh well with the overall concept of spiritual Self-realization. Yes, Kirtan is a spiritual, devotional practice but should not be confused that it stands for one religion or another.

Question: Do participants need to be “spiritual” in order to participate?

Answer: We encourage everyone to consider the divine thoughts of the spiritual traditions in whatever manner they are comfortable with. We are NOT trying to ‘convert’ anyone’s beliefs into something else. We are about celebrating cultural, spiritual diversity and understanding and about being a vehicle for each of our own individual, divine realization. 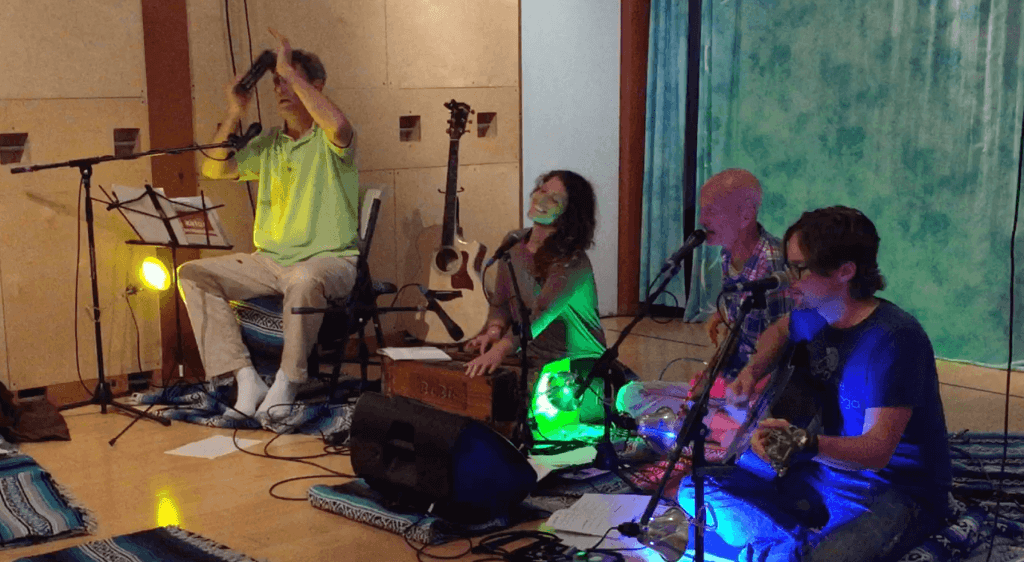 Kirtan songs don’t have a set meaning. Rather, participants are encouraged to explore the meaning of each song based on what makes sense to you.

How do I attend?

We invite you to attend kirtan on Thursday evenings at 8:30-9:30 p.m. All you have to do is show up; there is no registration. You can sit in a chair or on the floor as it suits you. We have songbooks to make it very easy for you to follow along and little bells for you to ring and keep rhythm (but only if you want to). The practice is family-friendly and we encourage you to bring friends.

We ask that you contribute $5.00 (minimum) to help offset the cost of live musicians. The event is free for our yoga studio members. 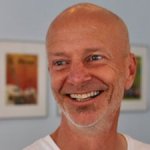 TOM WARNER: Tom came to Pilgrimage of the Heart in 2007 and Sujantra quickly recognized that Tom was both able and willing to organize a kirtan practice. The project changed and grew and changed again until in 2009 when the practice was a viable offering on a weekly basis. Since then Tom as lead over 400 Kirtan events at pilgrimage, only missing three practices in eight years. Tom’s love of kirtan knows no bounds and he is always striving to grow and expand the practice, offering the joy of spiritual chanting to as many people as possible.