Lets face it, the act of waking up in the morning is not uncommonly experienced as an uncomfortable thing. Those among us who find it to be a generally easy thing to bounce out of bed like an energized toddler on Christmas morning, might be in the minority. But the form of ‘wakefulness’ this essay is about, is not actually the sort I reference above, though the above example serves as a fitting metaphor for the brand of wakefulness I’ll address here. ‘Wakefulness’ as I intend to mean it here, is being defined as a product or result of employing one’s own capacity for calm critical thinking, mindful observation and one’s own capacity to simply feel. While these may at first sound like simple things, a great many of us have allowed these capacities to atrophy in ourselves, to one degree or another, and I propose that modern culture in the developed world has become a key factor in the facilitating of our inability these days to simply stop and take occasional conscious notice of the otherwise unbroken chain of moments of which our lives are comprised.

We have become, in a very real sense, products of the culture in which we live; where dominant social and environmental prompts shape our general responses to the stimuli around us. The official definitions of things and how we’re ‘supposed’ to relate to them, is so often laid out for us in bold type and prominent voice, leaving little room for individual interpretation; at least the sort that might be granted mainstream credibility. Media input offers itself as a prime example of this. It masterfully short-circuits the individual’s own inclination to draw their own conclusions, both boldly and subtly laying-out the parameters within which the subject, article or position is being slickly sold to us. Culture’s architects, (e.g. Madison Avenue, all facets of mainstream media; peddlers of information, social memes and pop entertainments, et al), are best served by a populace that unquestioningly partakes of, and assimilates its manufactured concepts and wares with little to no consideration as to both the overtly and passively inferred philosophies or positions within which they are framed. Culture’s main thrust, after all, is to encourage us to climb onboard the ‘ride du jour,’ whatever it may be, for this is what keeps the wheels of industry rolling.

The space of wakefulness I refer to here, and the appreciation for the simplicity it can ultimately spawn, is not one that requires any disdain of culture’s offered trends, products or promoted philosophies, but rather only the presence of mind to simply allow one’s conscious awareness in relationship to them, to reside within the deepest recesses of their own moment-to-moment space of feeling, independent of culture’s peddled stimuli, medications, and all manner of distractions and ‘anesthesias’ (figurative and literal) which serve to pull us away from our own sense of self within the hive society. The ‘simplicity through wakefulness’ I’m speaking of here, is one achieved by the act of simply being willing to unplug occasionally (or better yet, regularly) from culture’s ceaseless flow of stimulus, long enough to allow oneself to truly feel whatever it is that may lie beneath the stratums of content culture so eagerly fills our minds and heart space with. For many of us, even the notion of a ‘heart space’ may ring as something too esoteric to be meaningful, so long have we been disconnected from it by our longstanding immersions into the sensory stimulations to which I refer. The ceaseless and torrential flow of input has become a boisterous child that will not be ignored, we its negligent and enabling parents. Living in the ‘information age,’ as we now do, with technology and its devices serving as the virtual hub upon which our day-to-day lives spin, it has effectively served to dislocate us from a more visceral, human-to-human connection, from our own sense of individualism, as well as a lack of connection to oneself. 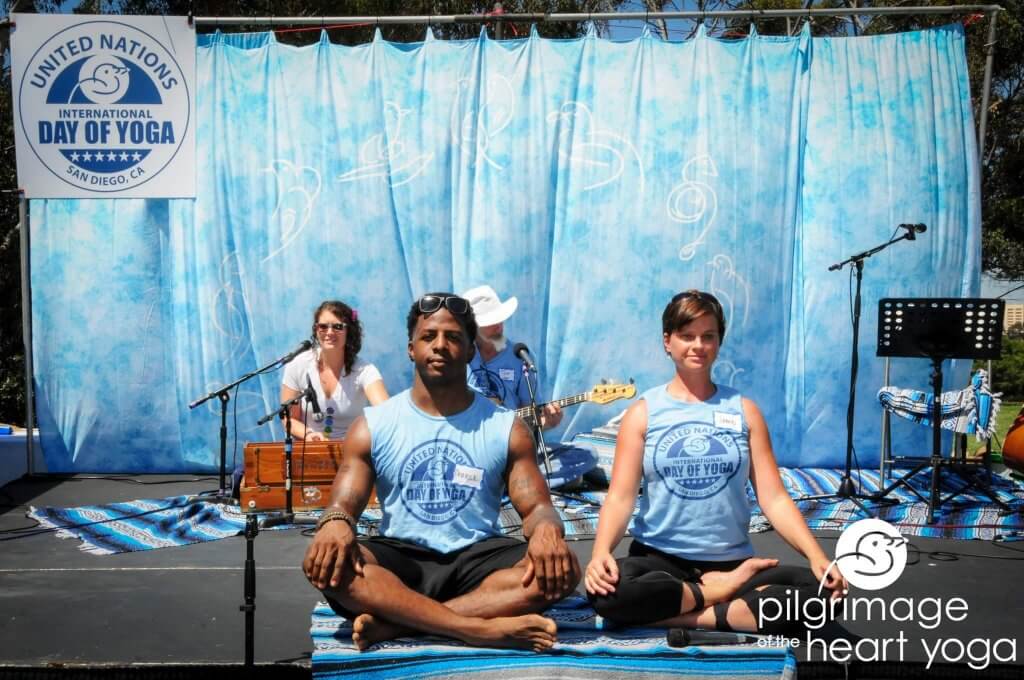 Sitting Quietly with Do Distractions

No doubt about it, it is not fun to feel uncomfortable emotions, and it is always an easy thing to bury a low-current hum of discomfort with the distraction of a movie, a phone call, a video game, or to check-in with our online social network of choice to see how many people ‘like’ us. Sitting quietly with no distractions has become an alien concept for us, and the notion of simplicity too has become a thing of virtually no relevance. The rapid-fire images of TV programming, commercials and film content, have entrained our minds to overlook, even shun, the simple and uncomplicated, in favor of that which grabs attention with authority. It has become all too easy to look right past open spaces and the relevance of calm reflection. Take notice of how every television commercial and program utilizes an almost universal presentational format; a rapid-fire-flow of incessantly-shifting images. Gone is the camera’s lingering gaze upon the talking head or scenery. Instead we are confronted with flash-fire images that linger for no more than a second or two, and then make way for the next, and the next,… this is nothing less than mental entrainment, teaching us to expect and tolerate only quick sound bytes and millisecond images, to forego focused and prolonged attention on anything or anyone.

We seek instant gratification and perpetual stimulus now, and if we have to spend even a few moments with ourselves and our deeper undercurrent of emotions in a space of quiet, it is considered a nearly intolerable thing, though few bother to articulate this, for to do so would require the lost mindfulness I here refer to. What would we do with ourselves if we didn’t have our phone screens to gaze into while standing at a street corner waiting for the light to change, or wandering a shopping mall, or riding an elevator? We’ve allowed ourselves to become trained to loathe a calm space of mind. I can palpably feel the cashier’s frustration in the air, as he or she is forced to stall their own motion and wait for me to count out my change, preferring instead to simply add more to my already burdening collection of coinage and have me move on so that they may serve the next in line.

Mind you, I don’t speak as one completely liberated from a state of impatience, for I feel it on the road when I am driving; too frequently hostile to the notion of simply being patient with the person ahead of me who I deem ‘too slow’ in the executing of their turn. I know what it’s like to feel in a hurry for no good reason, to feel those uncomfortable feelings of an unspecified nature and want to cover them over with a moment’s distraction. But I have grown even more uncomfortable with the frenetic vibration our culture imposes upon us as a fact of life now, and I clearly recognize the dissonance this flood of sensory stimuli is causing us in our ability to simple be, without doing, to actually listen to the person who is talking to us, rather than merely prepping our next words in our minds as they speak. 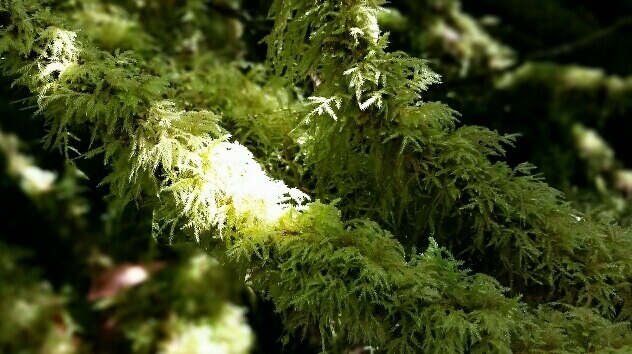 The Regular Practice of Meditation

I’ve taken to the regular practice of meditation over the last few months, and in so doing have gained a stark awareness of the connection between an endlessly whirring mind and the emotional state of dis-ease to which it gives birth. I have come to appreciate the spaces in between the stimuli, the capacity to become present to the silence in which all noise resides; that universal context within which all of life unfolds.
Take a moment and truly listen to it, deeply. You might have to search at first, but it is there. Can you hear it? You will recognize it because it has its own sound; not dissimilar to the super ultra-high-pitched tonal frequency heard in those hearing tests we’ve taken. Now become aware of your breathing, allowing yourself as you do, to get in touch with the feeling within your own body; it’s aches and pains, its fatigue and weight, its pockets of stress or muscular constriction and where they reside in your physicality. Keep breathing as you explore it; deeply, slowly. Just observe the incessant flow of random thoughts parading through your mind as you do this, but just let them all pass by, without clinging to any of them. Now feel your emotional space. If you had to articulate where in your body its epicenter resides, where would you point to? Are you feeling relaxed, or is there a current of anxiety there? Breathe as you feel this. Allow yourself to truly feel your inner space of being. Let whatever is there move through you with your every breathe, taking conscious note of what it is like to feel. I promise, it won’t destroy you. In fact, it will relax you, and it will release you from the grip of stress if you do allow yourself to feel it. Practice this regularly, and you will notice your points of focus and priorities start to shift, in both subtle and profound ways. You will become aware of how certain stimulus informs your emotional state, and if you remain committed to exploring those inner spaces of thought, feeling and emotion, you will regain your appreciation of calm space and simplicity again, and you will learn to appreciate your own individual sense of self that’s likely been buried beneath the vibratory resonance of the ‘bee hive’ – that virtually incessant voice of modern culture. What I am inviting you to here, is a process of exploration, not a singular event. So be patient with it, and remember; none of culture’s stimulus is going with you when you depart this world, but it’s possible that your sense of self just might.