Spiritual and Other (Mis)Adventures On and Off the Grid.

Pilgrimage of the Heart Yoga > Meditation & Mindfulness > Spiritual and Other (Mis)Adventures On and Off the Grid.

Everyone has an escape fantasy—perhaps it’s a life of endless surfing in Bali, or running a vineyard in the south of France. Six years ago, I left my job as a yoga teacher to lobbyists and lawyers in Washington, D.C. in pursuit of my own escape fantasy: modern homesteading in the Colorado Rockies. I had probably read too many books about a simple life in harmony with animals and nature—so many, in fact, that I thought that’s what it was really like: part Little House on the Prairie, part Walden, part Charlottes’ Web. I had never so much as grown a tomato on the balcony, but believed in a life more homemade, more ideals-driven, and more spiritually profound than I thought the city could offer. So, what came next?

Buying 36 acres and a cabin in the middle of nowhere, Colorado, one heart-stopping hour’s drive on a backcountry mountain road away from a tiny little town. And dragging my reluctant husband, my two-year old son, and the baby in my belly—due in six months—along for the ride. Of course!

I was idealistic to a fault, to my detriment, to the annoyance and sometimes infuriation of everyone close to me. There was much I rejected about the city: the rampant exploitation of people and the earth to fuel a consumerist model of economic growth, the attachment to stress as a status symbol; the traffic and air pollution. Through hard work and food self-sufficiency, I believed I would finally fulfill my desire to do more good and less harm to this living planet while cultivating the ability to be deeply present that, despite my job as a yoga teacher, was lacking for me and my family in our city life. My meditation practice had only shallow and scattered roots—I had tried so many methods, and had drifted away from the path as much as stayed on it. As a condo-living city dweller, I lacked all connection to dirt, and believed that the natural environment and my spiritual practice were somehow fundamentally linked. 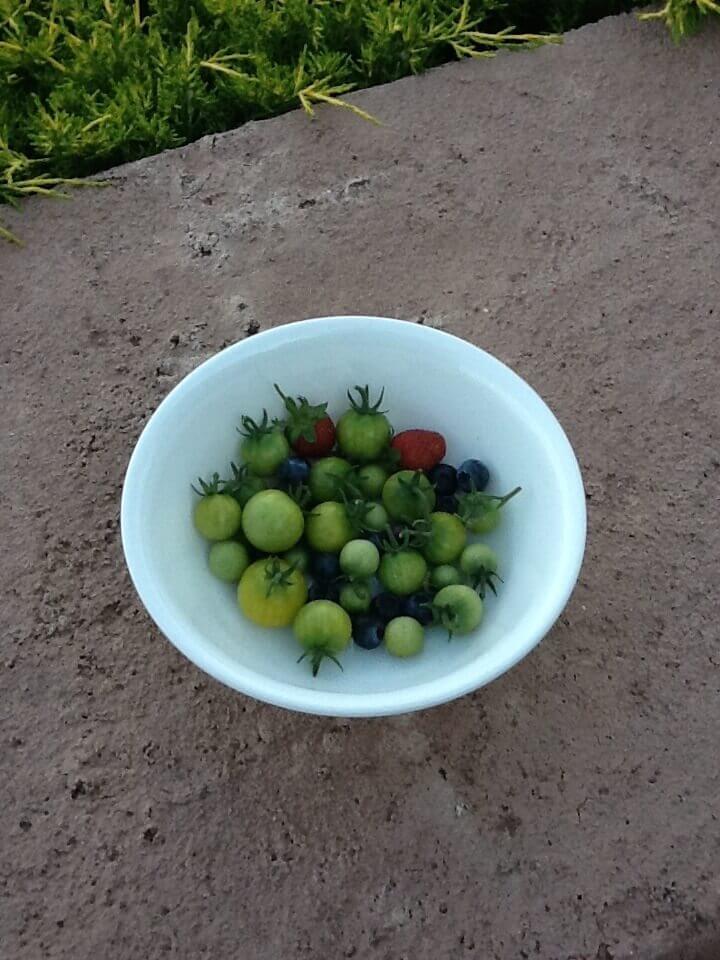 In place of forgettable character-themed birthday parties and high-pressure schools, I wanted my children to hold day-old chicks in their hands and live their whole lives with wild places imprinted in their memories. We would trace the fine pinpoints of constellations instead of the coarse fog of light pollution; our imaginations would be fed by the narratives of animal and plant life unfolding around us, not the manufactured dramas of television. We would know that real food isn’t packaged in plastic because our hands had coaxed nourishment from the ground.

As my husband and I quit our jobs and packed up an entire life’s worth of city accouterments, I convinced my dad to go in on the venture because I knew he longed for fiery orange sunsets backed by a vast, mountain scape on a piece of land he could call home. The 36-acre homestead brimmed in my mind’s eye with wonder and potential. I could build a yoga yurt set against the breathtaking mountain vista and bring students for classes and retreats: a combination sustainable homestead/yoga and spiritual center. Possibilities were endless.

I found that I no longer needed to-do lists; the first year of homesteading goals were etched plainly in my mind: Grow the biggest, best food garden ever. Raise all kinds of animals, humanely, for milk, meat, eggs and wool. Hunt, dress, catch and freeze game and fish. Knead, bake, can, sprout and ferment every manner of food I knew—and more that I didn’t. Fix, patch, sew, darn and knit. Form instantaneous and lifelong bonds with neighboring homesteaders. Transform a family marked by anxiety and convenience-addiction into a resourceful, hardy, multigenerational mountain household. Love every minute of it. 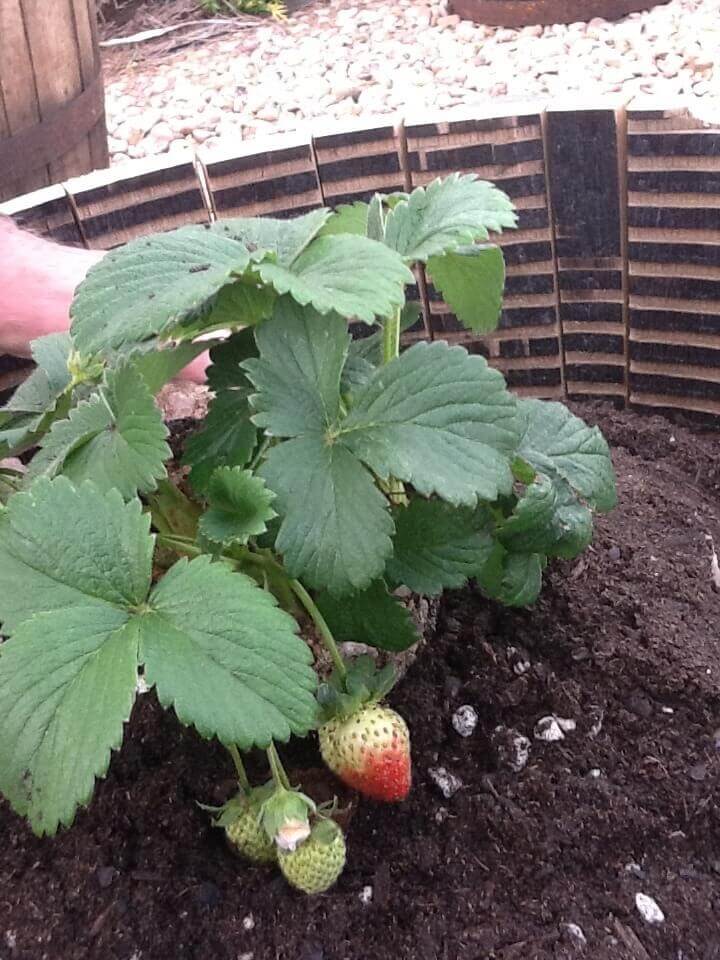 People grow food and raise animals all over the world, I told myself. I was tough and outdoorsy. I had read all about modern homesteading. I had this—no problem. Right?

As it turns out, homesteading was nothing—nothing at all—like the glossy magazine photos of pretty women in stitched aprons with broad smiles and a fiddle in one hand, a skillet apple pie in the other. Instead, cold penetrated every fiber and left our cheeks permanently frozen and raw—until the heat came. That brought its own dry form of suffering. Spiders dropped from the many crooks and crevices of our picturesque cabin onto our pillows at night. Big spiders. Food gardening, begun with starry-eyed optimism, soon proved technical, rife with battles between human and small mammal—not at all like my fantasies of communing with a giving earth. The farm animals we tried to keep were threatened by fox, bobcat, snake and bear. I soon felt more—not less—scattered and discombobulated than I had in the city. Presence eluded me, and my yoga and meditation practice languished in the dust of all the chores and worries. 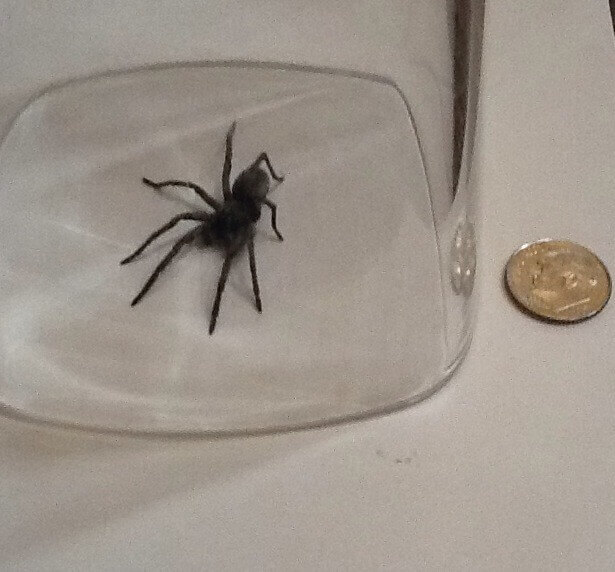 Isolation proved the toughest burden of all.  By seeking a closer bond with my husband, our son, the baby to come, and with my father, I had unwittingly isolated us from everyone else. I had imagined a community of homesteaders on the mountain—though no evidence had existed for them—and when that proved the stuff of fantasy, we were left mainly looking at one another. Ironically, without a wider interpersonal safety net, even those closest family relationships were strained because we needed the village, or city—the social ecosystem that provided inspiration, comic relief and technical support to the many endeavors of life. The 36 acres of untamed mountain beauty and the picturesque little cabin began to feel more like a prison than a vehicle of liberation.

There was also the incident where my husband met me at the door with a gun because he thought I—noisily wresting bags and parcels out of the trunk of our car—was a bear breaking into the garage. And so sooner, rather than later, we pronounced ourselves unfit for the job of homesteading—we fled.

I should have been devastated by the loss of a dream. Our financial burdens mounted under the humiliating shadow of having to move ourselves and our son into the upstairs half of my in-laws’ home in Orange County. My husband and I were both unemployed for over a year, our second baby was due imminently, and Orange County—with its tangle of freeways, chain stores, and affluent suburbs as far as the eye can see—was the last place I would have imagined living. Yet there was peace in my heart, at long last, in compromise.

Ideals are just that—to strive for, not to be realized all at once. After giving homesteading my all, and failing pretty spectacularly, I realized that I’d rather be happy than righteous. And for me, happiness is both an inside and an outside job: working on that steady connection to my center through asana and meditation goes hand in hand with finding a community and a place to feel at home. Here, at last, in San Diego, I’ve journeyed further than ever along the path of cultivating both the inner sources of contentment, as well as the community of like-minded yogis and natural-living folks that inspire and support me. 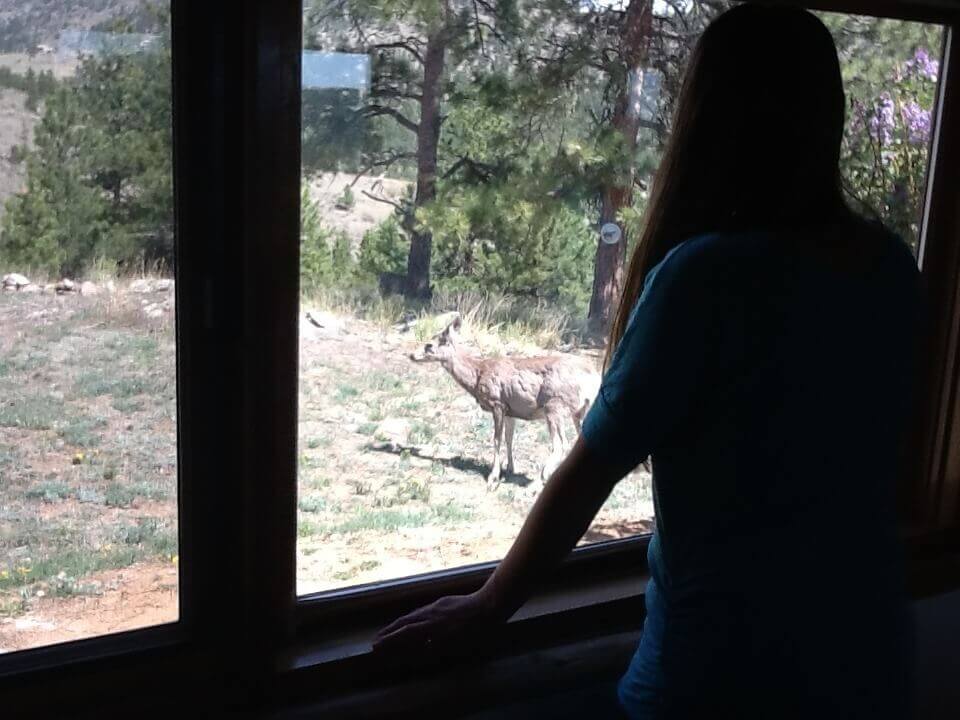 I’ve learned that life is messy and full of wrong turns. The world doesn’t conform to my ideals. I may never wake up and say, this is the culmination of everything I’ve ever wanted. For as long as I could remember, I’d had a sense that finding the right city, state or country, the right property and house, the right way to earn a living, the right community, would signal, now my life is starting for real. But no, I realize, life is here and now, happening under my nose. I couldn’t be truly present with my spiritual practice in Washington, D.C., nor did I find the lasting peace I sought in the country. But that wasn’t the fault of either place. It was my own. And it could be changed.

There’s a saying, and the title of a wonderful book by Jon Kabat-Zinn: “Wherever you go, there you are.” My own bad habits and lack of spiritual discipline had followed me from the city to the remote mountain cabin, and back into life in a new city. To change the way I felt about my life, I didn’t actually need a radical change in scenery, but a commitment to live the way I wanted to live every day—with wonder and appreciation for my abundant blessings, with deeply rooted presence for myself, my family, and my yoga students. After all these years of talking about the benefits of gratitude and meditation, and of practicing them on and (mostly) off, I finally find myself with the motivation, and the ability, to practice daily.

While trying to live my dream, I discovered that I’m not as alternative, nor as tough, as I thought. And that’s actually alright. I’m a person with ideals and contradictions. Accepting life as it is—and myself, as I am—inclusive of all the flaws, while stumbling along half-blind: that’s a more realistic view. When my kids are older, I’d like to give homesteading another try, but in a more incremental way, and in a place that suits me better.

Meanwhile, there’s much I can do in a city like San Diego that I couldn’t do on the mountain: walking my kids to school, and biking to work. Bartering goods and services with those in my community so that we can all have more while buying less. Shopping local. Maybe experimenting with a little urban homestead in my postage-stamp North Park yard—because although I’m done with the full-tilt rural homesteading fantasy for now, I’m not done searching for our good life. We could have a small organic garden and a few hens. Maybe even some bees, and a couple of milking goats (the city of San Diego permits two miniature goats on single-family lots)—when we’re ready. And one day soon, I’m pretty sure we will be. 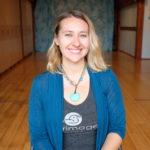 ABOUT THE AUTHOR Danielle Simone Brand (aka Danielle Brand-LeMond) is a mother of two, a die-hard idealist, and a breaker of conventions. An instructor of Flowing Yoga and Prenatal Yoga at Pilgrimage of the Heart and elsewhere, she has been teaching yoga since 2003, and practicing since 1996. She holds a BA from Dartmouth College and an MA from American University and has worked as a staff writer, an academic editor, and a researcher on issues of international conflict resolution. Having grown up in suburban Hawaii, Danielle had no practical rural skills, nor any reason to believe she could handle a true Colorado winter. All she had was her yearning for a homemade life for her family—and the willingness to write about it. Her memoir manuscript about following that dream is entitled, A Good, Good Life: Misadventures (Almost) Off the Grid.