THE SAGES OF YOGA: KOUNDINYASANA AND THE MIDDLE WAY BY JAMIE MARTIN

Pilgrimage of the Heart Yoga > Yoga > THE SAGES OF YOGA: KOUNDINYASANA AND THE MIDDLE WAY BY JAMIE MARTIN 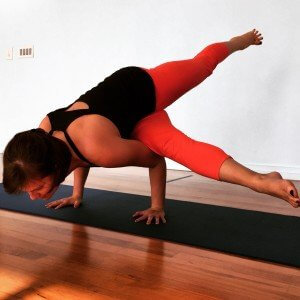 Koundinya was a royal court scholar and predicted the newborn prince, Siddhartha Gautama, would leave his father’s kingdom and become the Enlightened One, the Buddha. Although his prophecy was not welcomed by the king at the time, Koundinya vowed to become one of the Buddha’s most dedicated disciples and share these teachings with the world.

Born a prince, the Buddha was showered with gifts and luxuries, however he realized that true happiness was not to be found in material objects or lavish goods. He left his kingdom behind and entered the forest to live as an ascetic with Koundinya. For six years he engaged in extreme self-deprivation and harsh living conditions hoping that this was the way to enlightenment. Ultimately, he determined that this too, was not the key to obtaining and sustaining pure happiness. Siddhartha decided to leave the forest community, which saddened Koundinya greatly.

On his own, the Buddha discovered that true happiness was a balance of both extremes, the material and the spiritual, and he called it the Middle Way. The Buddha returned to Koundinya and the forest community to share his new philosophy. After initial trepidation, Koundinya became one of the Buddha’s first students and taught this Middle Way for the rest of his life.

The story of Koundinya is one of faith and belief. His trust and confidence in Siddhartha remained steadfast even when the Buddha ventured away from Koundinya’s own teachings. Eka Pada Koundinyasana (the poses dedicated to Koundinya) are arm balances, where the emphasis is more on leverage than strength. To perform this pose, we must have the faith of Koundinya in ourselves and strike the right balance between effort and ease.