Yoga and Brain Function: How Yoga Affects the Brain.

Pilgrimage of the Heart Yoga > Yoga > Yoga and Brain Function: How Yoga Affects the Brain.

You know yoga is good for your body, but did you also know it’s good for your brain? All types of workouts can positively impact mental health, but yoga seems to be particularly good at positively affecting the brain. This goes for the pranayama (breath control), asana (postures), and meditation.

According to Dr. Jonathan Greenburg at the Massachusetts General Hospital as well as Harvard Medical School, yoga has been effectively used to treat insomnia, eating disorders, anxiety, depression, and other mental diseases and illnesses. He says it helps to increase the sense of self-control and well-being and has been well received in mass populations such as prisons. Dr. Greenburg attributes this largely to yoga’s ability to control stress. “We know stress is a very fertile ground for many physical and mental ailments,” he explains. No wonder yoga (or stress reduction) can work wonders for mental health.

Consider the research featured in the Frontiers in Immunology journal, which suggests that yoga actually decreases inflammation that can happen from chronic stress. Yoga has the ability to lessen stress while helping you get a better perspective on reality. It’s a type of healthy coping mechanism, though in most yoga classes it’s simply called getting your zen.

The pranayama aspects of yoga can also help because it’s tapping the hypothalamic-pituitary-adrenal axis of the brain. Also known as the HPA axis, it’s in charge of your sympathetic nervous system. This nervous system is where your fight or flight instinct takes place. The parasympathetic nervous system is the system that tells you everything is okay and that you can relax. Ultimately, yoga has been shown to minimize the SNS while increasing the PNS. This can mean lower blood pressure and heart rate, according to Greenburg. Your brain is always asking your body for cues of what to do—and the other way around, of course. You’re a machine, and your brain is at the helm. It could use a little help, and yoga might be the key.

So, why not work on optimizing the PSN around the clock? Too much of anything isn’t good for you. You’d be chill, but pretty non-functional. That’s why meditation isn’t recommended 24/7. You need balance, which is also what you often hear in yoga class, and that includes between the PNS and SNS. Dr. Amy Wheeler, who is on the board for the International Association of Yoga Therapists and also a professor at California State University, says that yoga is all about teaching your SNS that it doesn’t need to be on constantly. You need to be alert and focused without having to go into your fight or flight instinct. Calm yet alert is the goal of yoga and should be the goal of life.

There’s also evidence that yoga can help your brain as you age by reversing the signs of aging. A study in the International Psychogeriatrics journal revealed that those 55+ who have cognitive impairment enjoyed significant differences in memory retention after only three months of yoga. A control group was used, and the non-yoga group showed no changes in memory, but also no changes in depression symptoms. According to Dr. Greenberg, meditation can make a big difference in the brain because it has been shown to increase self-related thinking and awareness. However, it’s the memory that he’s particularly interested in. “After eight weeks of meditation training, research found that the hippocampus, which is involved in learning and memory, developed more gray matter density,” he points out.

It’s true—we can actually increase the brain matter simply through the yogic practice of meditation.

There’s also the influence of yoga in recovering addicts, particularly in an era of an opioid epidemic when the elderly are at particular risk. Yoga has been effectively used to both wean people off of opioids as well as soothe withdrawal symptoms. The effects of substance abuse on the brain can be severe. However, protecting this damage through yoga intervention and perhaps reversing the damage can be possible. Overall, studies have shown that yogis responder calmer to challenging events. Dr. Greenburg suspects it’s because those who meditate have a bigger “right insula,” which is the part of the brain linked to awareness. When stressed, knowing how you’ll react can prevent you from overreacting.

Yoga has been a popular form of natural “medicine” for thousands of years, and with good reason. It can be used as a tool to not only grow the body but also the brain. Since the human body is an interlinked system, it simply makes sense to treat it entirely with kindness. 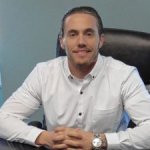 ABOUT THE AUTHOR: Joshua Butcher is an ex-addict and founder of the Ohio Addiction Recovery Center. Since his recovery began, he has enjoyed using his talent for words to help spread treatment resources, addiction awareness, and general health knowledge.