Yoga For PTSD: The Surprising Effects Of Yoga & War Veterans

Pilgrimage of the Heart Yoga > Yoga > Yoga For PTSD: The Surprising Effects Of Yoga & War Veterans

For all too many war veterans, returning from military service often comes with a price. As many as 20% of war veterans who served in Iraq suffer from PTSD, and it’s estimated that 271,000 Vietnam veterans still have symptoms, some 40 years after the war ended. As the disorder becomes more widely known among veterans and their doctors, researchers are making strides in improving treatment.

But it’s clear that we need to do more.

The prevalence of PTSD has raised important questions around understanding the efficacy of various treatment methods, and the role complementary treatments can play as the science around PTSD continues to evolve.

While yoga isn’t a term typically associated with the military, research and anecdotal evidence is highlighting the positive effect that yoga is having on war veterans suffering from the condition.

PTSD is a serious illness that can have a profound impact on people’s lives. When a person experiences a traumatic memory, it’s thought that the brain often has trouble processing information. Memories may feel as bad as if someone was going through the traumatic event for the very first time, and can lead to a lasting negative effect that interferes with the way a person sees the world, and the way they relate to other people.

As a result, it’s not uncommon for the nervous system to remain on high alert many years after the event – making a person feel jumpy, highly vigilant, irritable, emotionally numb, and depressed. Disturbed sleep and changes to appetite are also common.

It’s hypothesized that these repetitive and intrusive memories are the result of the brain trying to process the event. If this process is inhibited in some way, then it will be stored in the brain alongside bad feelings, negative thoughts, and an array of bodily sensations that occurred during the event, including increased heart rate, chronic pain and headaches.

Two common forms of treatment are Cognitive Processing Therapy (CPT), and Prolonged Exposure (PE), and according to a review published in The Journal of American Medical Association (JAMA), while up to 70% of the men and women who received CPT or PE did experience improvements in symptoms, around two-thirds still met the criteria for a PTSD diagnosis after treatment.

The interest in yoga is, in part, an attempt to understand the various effects of complementary therapies, and how they may ultimately be used to enhance the effects of existing approaches. With a wider variety of clinical options, yoga may not only act as a gateway into effective treatment, but it could also provide an alternative option for reducing symptoms that are often difficult to fully resolve.

In Cognitive Processing Therapy, patients learn how to identify, challenge and ultimately neutralise any unhelpful thoughts associated with a traumatic event, including any perceptions of guilt they may feel.

In Prolonged Exposure Therapy, the patient is allowed to re-experience the traumatic event in a safe and supportive environment – and over time, the repeated exposure is a step towards accepting this fear and reducing its impact on the individual.

While these methods have shown to be effective, adopting a “one-size fits all” approach has understandable limitations. Just as we all have different personalities, it’s argued that the effectiveness of certain treatments will vary depending on how comfortable a patient is talking about, or being repeatedly exposed to a traumatic event.

With regards to medication, Bessel van der Kolk, a professor of psychiatry at the Boston University School of Medicine and medical director of the Trauma Center, a clinic and training facility in Brookline, Massachusetts, has stated that using chemicals to abolish bad memories is also an interesting academic enterprise. Stating that in his opinion it’s “too-simplistic a view”, based on the assumption that a combination of mind, brain and sense of self is changed in response to trauma.

“The memory of the trauma is imprinted on the human organism,” he says. “I don’t think you can overcome it unless you learn to have a friendly relationship with your body.”

It’s for these reasons that a variety of alternative and possible complementary approaches are being researched, and there have been some positive signs that yoga could play a role in treating PTSD.

In a study approved by the University of Toronto, 80 individuals suffering from PTSD followed an 8-week yoga program designed to:

1: Develop the skills to relax and cope with trauma and related stress

2: Cultivate mindful awareness of the body, mind, breath, and environment

3: Improve cognitions, behavior, and emotions related to self-esteem and self-efficacy

The study found that those practicing yoga had significantly greater improvements in scores of PTSD, insomnia, perceived stress, positive and negative affect, resilience, stress, and anxiety in comparison to the control group.

Another study published in the Journal of Traumatic Stress monitored the long-term effects of yoga on twenty-one male veterans who served in either Iraq of Afghanistan.

Over the course of a year, the study found that the group who had practiced yoga demonstrated fewer or less intense PTSD symptoms, had lower anxiety and lower respiration rates, and performed better in tests measuring eye-blink and breathing frequency in response to stimuli such as noise bursts – typically used to measure hyper-arousal and the regulation of emotions. Overall, the impact of traumatic memories was reduced.

It’s believed that the control of attention on the breath, the postures and the body, promotes a variety of changes in the brain, the limbic system and helps to rebalance the autonomic nervous system (responsible for our flight or fight response). The focus on the present moment reduces the anxiety-provoking chatter going in the head, enabling people to become less reactive and calming down the hormone-related stress cycle.

It would be remiss to say that yoga is the only effective treatment for PTSD, and there are various examples of other forms of treatment having success; but ideally we would move toward more research and clinical options that match patients to treatments, based on their preferences and their sensitivity to talking about their trauma.

This post was written by The Minded Institute, a world leader in the development and implementation of yoga therapy for those suffering with ptsd, and for people with mental health and chronic physical health problems. 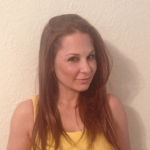 Heather Mason is the founder of The Minded Institute, a world leader in the development and implementation of yoga therapy and mindfulness for those suffering with PTSD, mental health and chronic physical health problems.