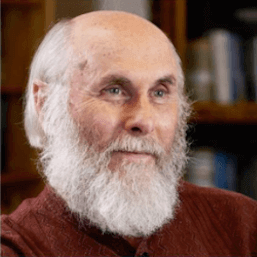 Dr. David Frawley (Pandit Vamadeva Shastri) is a western born teacher and guru in the Vedic tradition. Vamadeva is recognized as a Vedacharya (Vedic teacher), and includes in his vast scope of studies Ayurveda, Yoga, Vedanta and Vedic astrology, as well as the ancient Vedic teachings going back to the oldest Rigveda. His many books and courses serve to guide and teach students from all over the world in the fields of Vedic knowledge.Vamadeva is a rare recipient of the prestigious Padma Bhushan award, one of the highest civilian awards from the President of India, “for distinguished service of a higher order to the nation,” honoring his work and writings as a Vedic teacher, which he received in Jan. 2015.

He has a rare and prestigious D. Litt. (Doctor of Letters), one of the highest educational titles possible in the field of Yoga and Vedic sciences, from SVYASA (Swami Vivekananda Yoga Anusandhana Samsthana), the only deemed Yoga university recognized by the Government of India.

David Frawley, born 1950, is an American Hindu teacher and author, who has written more than thirty books on topics such as the Vedas, Hinduism, Yoga, Ayurveda and Vedic astrology, published both in India and in the United States.