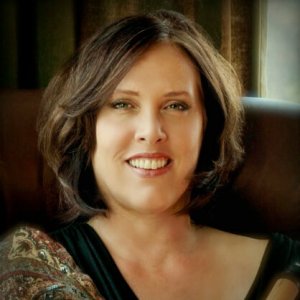 Ann Licater’s passion for the inspirational and healing music of the Native American flute was ignited at a powwow where she heard the beautiful call of a flute being played. Being an accomplished silver flutist herself, Ann followed that call to a booth where she purchased the first of many Native American and World flutes heard in her recordings Invitation from Within, Doorway to a Dream and Following the Call.

On those albums, as in her healing concerts, Ann’s unique approach merges her intuition, spiritual perspective and traditional music background to create beautiful original melodies and inspired improvisational compositions. Her love of the wood and clay flutes led her to study with master flutist R. Carlos Nakai at the Renaissance of the Native American Flute, complementing her years of classical flute training at the MacPhail Center for Music in Minneapolis, MN.

Invitation from Within, released Oct 1, 2013 is Ann’s third album and her second time working with GRAMMY®-nominee Peter Phippen in a co-producer role Invitation from Within a work of musical art. It’s nominated for three 2014 ZMR Lifestyle Music Awards in the following categories: Best Relaxation/Meditation Album; Best Native American Album and Best Instrumental Acoustic Album. Angels on the Wind, the first track on that album is nominated for a 2014 Hollywood Music in Media Award in the Best New Age/Ambient Song category.

Invitation from Within is a pristine recording (a standard of Licater’s studio work), powerfully relaxing and artistically expressed. In addition to performing on Native American flutes, Ann returns to her musical roots playing silver and alto flutes on the album. Adding to the mix of meditative world flutes are many sound healing instruments including hand-held, quartz crystal bowls ,Afro-Peruvian cajon, conga and metal tongue drum vocals layers and piano. Peter Phippen (a student of renowned jazz bassist Steve Swallow) plays American Fender Precision bass– the only electronic instrument weaving in and out of the otherwise acoustic environment of relaxing spa-inspired music.

Ann’s preparation for creating Invitation from Within included her October 2012 trip to Rome and Florence, Italy where she performed at the Awakened World Conference which was sponsored by the Association of New Thought and the International Inter-religious Peace Council. There she met peace activist Ela Gandhi from South Africa who was inspired by Ann’s flute playing and its affect on her and stated, “Ann Licater’s music is soft and yet overpowering, it reaches the depth of my being and awakens the spirit inside of me.”

Doorway to a Dream, Ann’s second album, was chosen by Amazon as Best Music of 2010 in the Top Ten Best New Age Albums category, and was also Best Native American Album Winner and Best Relaxation/Meditation Album Finalist for the Zone Music Reporter Music Awards; her track “Into the Heart,” from this same album, was nominated for an Independent Music Award as Best New Age Song. Doorway to a Dream presents both solo and collaborative tracks featuring Native American, world and silver alto flutes. Doorway to a Dream was also co-produced by GRAMMY®-nominee Peter Phippen. Ann’s first CD, Following the Call, released in 2007 and was nominated Best Native American Album by radio programmers for the New Age Reporter (NAR) LifeStyle Music Awards. Co-produced by GRAMMY®-nominee Gentle Thunder, it quickly became the #1-selling music CD at East West Bookstore, one of the largest body/mind/spirit bookstore in the United States.

Ann enjoys performing in spiritual venues of all faiths such as Chapel of the Chimes in Oakland, CA and Mission Santa Clara – one of the oldest missions in the U.S. – where she was a special guest artist of the San Jose Chamber Orchestra and The Choral Project during a sold-out holiday concert. She has graced the global stage at musical events such as the World Flute Fest at Carnegie Hall, the Awakened World Conference in Rome and Florence, Italy and on The Pacific Crest Trail in Lake Tahoe, CA for the Art Hike and World Concert sponsored by www.trailsandvistas.org. She especially enjoys performing in spiritual centers and with other sound healing artists and musicians. Ann holds a B.A. from University of St. Thomas, and an M.L.A. in Creation Spirituality from Naropa University. She resides in both the San Francisco Bay area and in Los Angeles, California. For more information on Ann’s albums, workshops and performances, which are booked through her Cul de Sac Mystic Productions, please visit www.annlicater.com