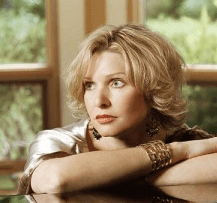 Australian pianist, producer & Singer Fiona Joy is known throughout the world for her melodic songs and lush arrangements, as well as her mesmerizingly ballet-like performance style on the concert stage. A prolific composer, she has always been interested in creating music that evokes images, emotions and stories; her latest series of works – the Signature collection, rolling out over the next two years – do just that in a very unique way. Fiona’s upbringing was filled with music. She recalls that her father embraced Andrew Lloyd Webber’s music, playing Jesus in the Tamworth Musical Society production of Jesus Christ Superstar. Her classical piano training is evident in her thematic and melodic compositions. Ravel’s “Bolero” emerged as an early influence, she says, adding, “I loved it; I played it over and over and deconstructed every part.George Winston, Prokofiev and Mendelssohn also intrigued me.”Fiona Joy, previously known as Fiona Joy Hawkins, is experiencing a breakout year in 2015, with multiple performances set for Australia, China and the USA in the first half of the year. No stranger to the awards circuit, her evocative piano and ethereal vocals earned her the global broadcaster’s choice as Best Instrumental Piano Album for her multi-format album 600 Years in a Moment at the 2013 ZMR Awards. She contributed a version of her song “Grace” to Winds of Samsara (Ricky Kej and Wouter Kellerman), an album that achieved notoriety by reaching #1 on the Billboard charts and winning a GRAMMY® for Best New Age Album in 2015. In recent years, Fiona Joy was also Runner Up for Best Instrumental Song in the International Acoustic Music Awards, nominated alongside Pete Seeger for Best LIVE Performance album in the Independent Music Awards, and an ARIA Finalist in 2008.A poignantly spare solo version of Fiona’s song “Grace” is featured on her forthcoming album Signature – Solo, to be released in the U.S. by Tiny Island Records, a division of Blue Coast Records. Fiona recently signed to Blue Coast Records for high-fidelity recordings, as owner/producer Cookie Marenco has partnered with Sony Music to deliver hi-resolution music to discerning audiophile consumers. On choosing to record and market Fiona’s music, Marenco says, “Fiona’s melodic solo piano and masterful performances are the perfect music to debut the kind of clarity double DSD audio brings to the home listener. Her music is a cross between George Winston’s simple melodies and Ludovico Einaudi’s musical sophistication.”

Concert reviewer Michael Diamond attended Fiona’s 2014 Throckmorton Theatre concert in San Francisco, writing “What I appreciated most was being able to listen and watch Fiona at the piano. The passion and elegance in her performance was breathtaking, as her flawless technique combined with pure emotional expression.”

Will Ackerman, founder of both Windham Hill Records and Imaginary Road Studios, has embraced and encouraged Fiona’s music stating, “Fiona’s Blue Dream album was the most ambitious project of my entire career and resulted in one of the most remarkable collaborations this genre has ever known. Blue Dream is unique and I’m as proud of it as anything I’ve ever worked on in my 35 year career of GRAMMY® Awards and gold /platinum records.”

Moving beyond co-producing her own recordings, in 2014, she and Ackerman co-produced the successful debut album of Jennifer DeFrayne, titled By a Wire. Jennifer was nominated as Best New Artist in the 2015 ZMR Awards.