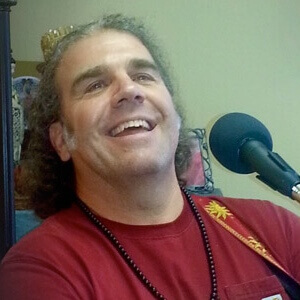 Our mission, under the inspiration of Spirit, the Ancestors, the Saints & Yoga Masters of India (such as Sri Neem Karoli Baba, Sri Ramakrishna & Sri Anandamayi Ma) is to:
~ raise the awareness, vibration & spiritual moral energy of our bodies, communities & planet by practicing & demonstrating the time-tested Bhakti Yoga mantras which originated in the ancient Himalayan tradition of the sacred Sanatana Dharma (the Eternal Law which was pre-India, pre-Hindu & pre-Buddhist)
~ financially (through the efforts of our living & labor) serve & support souls, charitable services & non-profit organizations who are striving to heal & improve conditions on the planet for all people, animals, sentient beings & Mother Earth Herself.
Bhakti Yoga is the yoga of the heart ~ the yoga of love & devotion to God.
Union with Spirit, Source, True Self or the One is the result & is cultivated through daily devotional sadhanas (spiritual practices) such as japa (mantra-chanting) or kirtan (singing the Sanskrit names of God).
Many souls in the west are beginning to realize what the Yoga Masters in the east have known all along: the repetition of the Divine Names cultivates a joyful, positive life-transforming state of awareness.
As told in the great Indian epic, The Ramayana, Sri Hanuman-ji was a Superman-like spiritual “force of nature” from an ancient race of highly intelligent monkey-people known as the Vanaras. Sri Hanuman-ji exemplified the true meaning of selfless devotional service to Ram (the Divine Masculine) & Sita (the Divine Feminine).
Jai Hanuman Kirtan is our community outreach program through which we offer Bhakti sevas (services) to yoga studios, churches, and other spiritual centers. Kirtan derives from a traditional folk music of India & is a yoga practice whose primary feature is the call & response singing of sacred mantras.
Devotional chanting may be applied to anyone’s daily living — non-believers included — as a tool for personal renewal, positive growth & creative changes. Yoga does not ask us to believe in God with blind faith. Yoga asks us to practice & to examine our life-experiences as we practice, so that we may witness firsthand the truth that is written in our hearts, bones & daily circumstances.