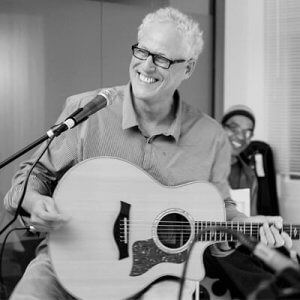 An accomplished guitarist and composer, Shambhu expresses himself through a blend of folk, Indian and jazz styles. His music emerges in quiet introspection. His touch evokes delicate yet intricate expressions of nuance and subtlety. His performances are deeply engaging and provide audiences an experience that some have described as “magical”, “a journey” and “opening a space within”.